Skip to content
Raising the Dust – Reflections on Chapter 2 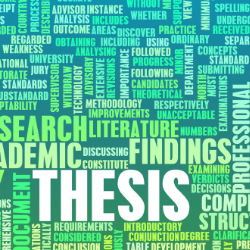 I ended last month’s article by jumping a bit ahead of myself. My apologies, my mind was on my book and not my thesis. After a peer review suggestion, I removed the Literature Review Chapter for general publication and integrated the literature throughout the published book. So after the introduction to the book, I went straight into the methodology. Most people don’t want to read through the literature review for a research study and many are not that interested in the theory behind the work either. While I understand this, as a researcher, it is disappointing for me, as I believe that it is my job to break the literature down in such a way that makes it clear and logical and provides fresh insight and understanding into the topic of the research.

As explained in last month’s article, the ideas for my thesis had been percolating for a long time and had been a big part of who I was growing up. Prior to commencing my study, I had completed a Masters of Community and International Development and submitted a mini-thesis about women and their contribution to the environment, so theoretically, I was already somewhat of an eco-feminist when I applied to do my PhD research. I knew that eco-feminism was only a part of the story however, and thus thought about how I could build on my holistic, ecological health framework. From the start of my candidature, I gave much thought to which outlooks would best fit or contradict my prospective ecological model. As soon as my proposal was accepted, I started searching the literature for anything and everything related to; traditional medicine (as an aspect of traditional ecological knowledge), all branches of radical ecology (including sacred, reconciliation, social, restoration, transpersonal and deep ecology), Gaia and related holistic science, eco-psychology (although I did not find much literature that related to my study), and I enthusiastically extended my Masters eco-feminist literature review.

Of most interest to me, was the ways in which the themes and ideas overlapped and also the critical debates between the various theorists, sometimes between those within the same “branch” of knowledge and understanding. For example, I discovered that my favourite social ecologist had some major ideological conflicts with some of the deep ecologists I reviewed, even though they all sit under the same radical ecological framework. That is what I like the most about doing a literature review and building theory. You feel as if you are part of a big discussion and you are able to place your thoughts and beliefs within a bigger picture. That’s just me anyway, I have always liked to discuss ideas with others, especially thoughts and ideas about complimentary health and wellbeing approaches and matters of the Earth.

Despite my joy at being able to take in all these ideas, trying to integrate them into a coherent framework was a huge, and at times quite overwhelming task. For those who know me, I am a bit of a dog with a bone when I set my mind to something I believe is important so I was determined to bring it all together in my review. My approach was not received with much enthusiasm by the academic community, which will come as no surprise to those who are a part of the holistic health and wellbeing community. I had to fight to hold my ground and follow the cross-cultural, Earth-based health and wellbeing approach I was pursuing. Ironically, this helped me formulate a stronger ecological framework and be more determined to succeed. Even though I had a feeling things might change as my study progressed, I was determined not to leave for my fieldwork without a strong, trans-disciplinary ecological framework. I felt like I needed to be able to speak, not just to the different and debatable aspects of Earth-based health and wellbeing, but also to have as much insight into traditional ecological knowledge as I could and to have enough understanding so that I could choose the right methodology for my study. Early on, I was drawn to indigenous research methodologies and post-colonial theory so I began thinking about how I was going to weave this into my research.

This was not hard to do because, right from the outset, no matter how I looked at the literature, it was all strongly tied to an indigenous outlook on life, that being that everything is connected. So whether it was looking through an ecofeminist “council of beings” outlook, or a neo-pagan view of the circles and cycles of life, or the African Philosophy of Ubuntu, that of “I am because we are” (which is a collective we, including all beings), or of a native American worldview of the sacred web of life, or Gaia theorist understanding that we (our bodies, our beings) are a part of the body of Earth/Gaia. I wanted to bring together these outlooks, bridging them, as others have done, from both indigenous and western theoretical and philosophical points of view.

Strong themes kept emerging from the huge volume of literature I painstakingly reviewed. One of the most striking themes was the de-linking of life in western thought, going back to Descartes, and the effects this has had on western world views and beliefs. Through a Cartesian philosophical approach to life, the spiritual and the material became separated thus making it easy to objectify life, compartmentalise it and turn it into something utilitarian. This was a fundamental break away from previously held beliefs that the sacred and the physical are all aspects of the same life existence. These Cartesian approaches came to dominate all aspects of Western experience through the separation of religion and science and then physical health and what had previously been regarded as the spiritual aspects of health and wholeness. From my review of the literature, my growing sense was that, with the separation of the human body, from its spiritual aspects, came the separating of the Earth body from its long held sacred realm.

In order to understand the delinking of the body and spirit, my research would then fittingly explore the relationship between human and ecological health, through the lens of African traditional medicine. Besides the idea of holism, the other key themes to emerge within this early ecological framework were: harmony, reciprocity, resilience, balance, authenticity, bio-cultural diversity, and sustainability. There was a strong emphasis in the literature, in both radical ecological thinking and traditional ecological knowledge on the critical link between land and life. So in presenting these themes, it became important to highlight the complexity within the various outlooks and at the same time present the diversity within this holistic ecological approach, where the spiritual and the physical are linked and the land is sacred.

Another key defining idea to emerge from these various ecological thoughts and beliefs is the difference between anthropocentric and eco-centric world views and approaches, anthropocentric views being entrenched in western ways of life and eco-centric world views underpinning traditional world views, practices and beliefs. Anthropocentricity refers to human centric ways of living, where humans and their needs are at the centre of everything. Eco-centricity implies that humans are a part of the greater ecological fabric of life. Through my review of the literature, I looked at where and how the spiritual and physical aspects of life had become so separated in western thinking, including exploring the part that scientific and technological processes have played in this process and, in the end, came to the conclusion that none of these outlooks exist on their own. Rather, they form a continuum of ideas and beliefs about the world, ideas and beliefs we share to a greater and lesser degree. As members of the holistic health and wellbeing community, we are able to see and understand these connections.

My job was to show these diverse theoretical outlooks in a coherent literature review and I believe that, in the end, I succeeded in doing this. Completing a literature review is not about putting together a list of potential texts to read and working our way through it. Not for me anyway, or anyone interested in cross-cultural, trans-disciplinary approaches and narrative research methods. From the beginning I absorbed the literature into to mind, body and spirit. It became a part of me and did not stop the day I handed in my thesis. It continued on as I reviewed my thesis for my book and, still today, I am adding to it. This, for me, is a very exciting aspect of any research. It takes you on a journey, where you can stop, start and change direction, wherever in the road you chose. My passion for understanding the critical relationship between human and ecological health is forever fuelled by new ideas, new knowledge and most importantly, new understanding. I am continuously inspired by the bridges being built between various health and wellbeing outlooks and the coming together of people now around a new consensus that we must care for all of the Earth. The literature for Raising the Dust is but a small scratching of the vast amount of fascinating literature out there about this interesting and contemporary topic.

Next month I will go into the methodological background of the study and explain some of the methods used. In the meantime, if you would like any further information about my research, please don’t hesitate to email me at hippygolucky@hotmail. com 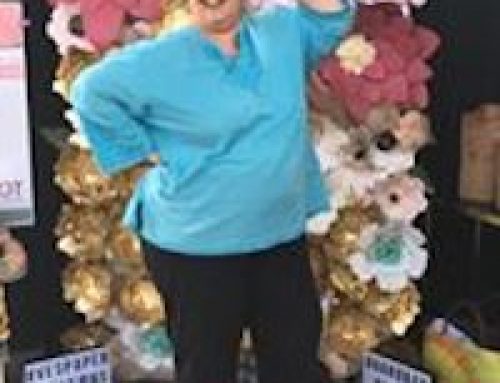 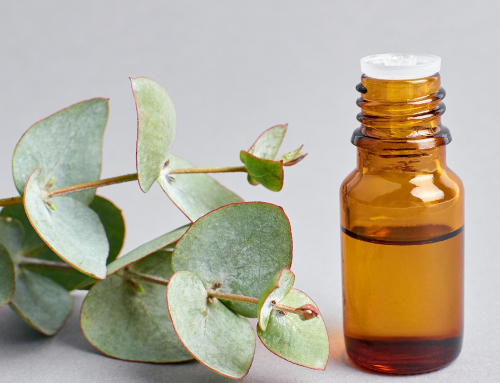 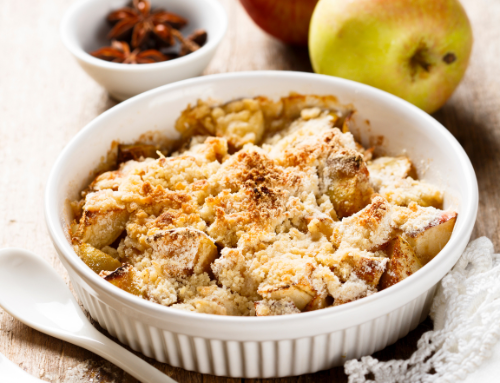 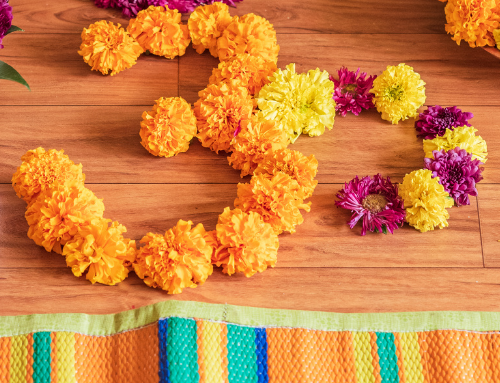 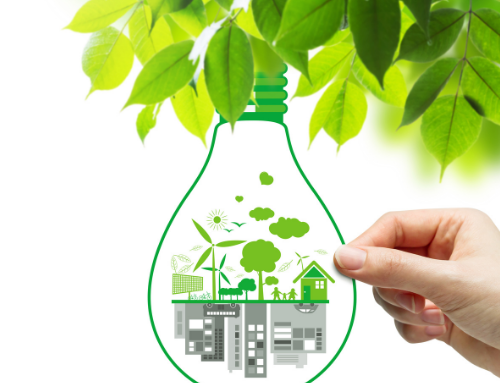